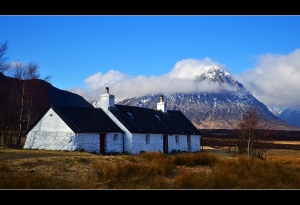 When Sarah was nine, her brother, Gordy, died.

Gordy was twelve and had been ill for months, struck down by a sickness none of the adults, doctors or nurses could identify. People came to see him — specialists, priests, faith-healers — all made the long journey to the village. None of them knew what was wrong. No-one knew what to do. He was prodded, tested, prayed-over, spiked with needles to draw his blood. It was useless. Gordy lay in bed, surrounded by toys, games and comics — the trivial things visitors brought to cheer him. He didn’t even bother to pick them up. He rarely moved, and never spoke.

Gordy’s bed was tucked into a corner of his room. Beside it, a small, round table rested against the wall with a lopsided lamp sitting on top, its shade yellowed and tattered with age. A rug with a worn pattern of sad, sorry animals covered the raw floorboards, and an ancient trunk with tarnished brass hinges squatted under the window like a patient pet.

Sarah watched from her chair in the opposite corner, in the shadow cast by the oak wardrobe. She watched the adults come and go; their bustling fuss as they tried to make Gordy better; their breezy false laughter as they swept into the room, attempting to lift his spirits with their weak jokes, their funny stories, each of them hoping with a quiet desperation that they would be the one to trigger some miracle recovery.

Winter came, and the wind roared around the little wooden house, causing the windows to shudder and boom. Draughts crept in under the door, sending dustballs, like the ghosts of mice, scurrying across the bare floor beneath Gordy’s bed.

The days grew shorter and Sarah kept her vigil. She came home from school each day, ate her meal and helped the adults with the dishes and other chores before climbing the stairs to Gordy’s room, where she sat silently in the cold darkness of the far corner. She watched, while the adults made their noises downstairs, talking and banging in the kitchen or the hall. Now and then, the sound of the radio set drifted up from the living room, a thin, bleak music that gave no cheer. Gordy’s eyes would sometimes glitter in the dim glow from the bedside lamp and Sarah thought he wept quietly then. She did not comfort him.

On some days, after school, she would be sent to the village on an errand. There would be enquiries from the shopkeepers and neighbours, and Sarah would be polite and tell them nothing had changed. The women, in their plain white aprons and headscarves, would smile sadly and shake their heads. A few might whisper to each other, slyly covering their mouths, and, hard as she tried, Sarah could never quite catch their words. Mister Garland, the grocer, a ponderous oak of a man with thick bottle-glass spectacles and a drinker’s nose like a burst pomegranate, would take her hand and stroke it clumsily, telling her not to worry, everything was going to be fine.

It would be dark when she returned home and she carefully picked her way along the lane that ran between high, gnarled trees. The house crouched in the distance beneath cold, bright stars suspended in the terrible deep. The downstairs curtains would be drawn, but the light from Gordy’s window shone into the night — a pale diamond, fragile and alone.

When the end came, it seemed to Sarah that Gordy just faded. The adults had come in and fixed his blankets and pillows, fluffing and rearranging them, making him more comfortable. They had gone over to the window, talking in hushed tones, their backs to the room.

Sarah was in her chair, watching Gordy.

His eyes were open, staring at the ceiling, and his arms lay outside the covers, stiff and brittle like bleached sticks. Sarah felt a transformation in the air — it seemed to thicken, become heavier, and the adults’ voices receded to the edge of hearing. Gordy’s eyes fluttered once, then closed. His chest gave a soundless heave and settled quietly into the bed in a long, slow deflation.

Sarah held her own breath. When it began to hurt and she could no longer keep it in, she pointed to the bed and said, “See.”

The adults turned and looked, following her finger.

They blinked and stared, their faces pale and uncomprehending; then they flew into a sudden storm of grief and weeping and guilt. They held fast to each other and wailed and collapsed across Gordy’s bed, crushing him with their weight.

Not that Gordy could feel them.

Sarah sat in the corner until the adults exhausted themselves with their sobbing and pulling of their hair. She waited till they left Gordy in his room, retreating downstairs to the kitchen to make tea, to telephone relatives and neighbours, to let them know what had happened, to make arrangements.

Sarah stood slowly, and went to Gordy’s bed. She bent close and examined the small details of his face — the tiny pits and pocks around his nose, the black wires of his eyebrows, the little crust of dried tears at the corners of his eyes.

Sarah moved her face close to his. She closed her eyes, brought her lips down onto Gordy’s open mouth and sucked.

She drew in the last of the air from his lungs, absorbed the final molecules that his failing body had produced.

She stepped back from the bed.

She knew what she had done. 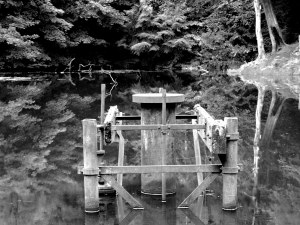 Kenny and me are gaun up the toon. He wants tae buy the new Rangers away tap, an Ah’m takin him up tae the SportsWorld shoap in Sauchiehall Street. It’ll mean the full kit n kiboodle though. The chair, the warm claes, the walkin aw the wey in cos we canny get the chair oan the fuckin buses. He’ll probably want tae take the dug anaw.

Pair bugger or no, Ah don’t know if Ah can be arsed lukin efter him and the bloody dug though. It’s bad enough huvin tae push that bastartin chair aw ower the place, but tae huv tae watch oot for Sparky anaw . . . it’s jist too much. Ah go through tae Kenny’s bedroom tae broach the subject. ‘Heh, Kenny jist me an you the day, eh pal?’

Too late. Sparky’s sittin up on Kenny’s knee gettin a wee cuddle. Well, as good a cuddle as Kenny can gie him. Kenny’s goat wan erm in his shirt, but the other sleeve’s aw twisted an fankled an he’s kinda aw caught up in it. The two ae them turn tae luk at me……

(First published in A Fictional Guide to Scotland, OpenInk)

Campbell did the drawings, John did the words and the piercings.

It had been a slow day for Two’s Tattoos. In fact, they hadn’t had a single customer. Not that it mattered in the long run – the shop, once their livelihood, was now just another of Boddice’s money-laundering fronts and whether they turned a penny or not was neither here nor there. They were bored.

“Here’s one for ye,” said Campbell.

“A thing, a wee interestin thing.”

“Okay – can you think of a sentence that uses the same word three times in a row an still makes sense?”

“Just because… Uch, now Ah’ve nearly gave it away.”

“The one with three words that… Bugger it, Ah’ll just tell ye.”

“Ah’ve not started yet!”

“Right this is it…You cannot start a sentence with because, because…”

“Wait, will ye? Ah’m no finished yet! Jesus Christ!”

“You cannot start a sentence with because, because because is a conjunction. There.”

“The point is that ye have to listen to the sentence!”

“No ye haven’t! Listen again… You cannot start a sentence with…”

“Hold on. What’s a confunction?”

“Never mind. Christ on a bike!”

“Right. Again. You cannot start a sentence with because, because because is a …”

“What did ye make that funny wee sign with yer finger for?”

“It was supposed to be a comma.”

“Uch, fuck off then. You an yer stupid ideas an thinkin. Just because ye stuck in at school, like mammy wanted, an ye know all these fancy, high-falutin word thingies.”

“Aye, an what the fuck’s wrong with that?”

“An you got that stupid second-name-for-a-first-name thing. Campbell. Fuck’s sake!”

“At least Ah’ve got a normal name.”

“Look, ye’re no gonnae rile me about my name, okay?”

“Wait a minute… is a comma no one of they things that happens to ye when ye bump yer head, or are in an accident or somethin an ye cannae wake up?”

He wrestled him to the floor, sending tattoo design books and photographs skittering across the room. If the guy hadn’t come into the shop at that point, things might have got out of hand…..